The bronchi divide into smaller bronchioles which branch in the lungs forming passageways for air. The terminal parts of the bronchi are the alveoli. The alveoli are the functional units of the lungs and they form the site of gaseous exchange. 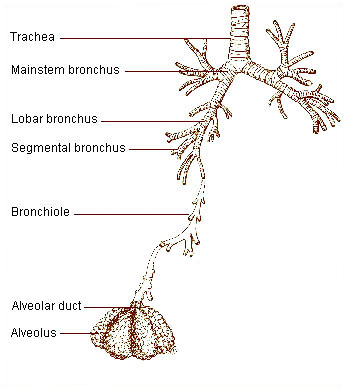