In the process of reorganizing the lymphomas and leukemias in ICD-O-3, a number of terms were moved to different codes or combined with other codes, but numbers were never re-used to avoid the potential confusion of multiple meanings over time for a single code.

The field of lymphoma and leukemia research is well known for the variety of classification systems that exist for these diseases. In the second edition of ICD-O, the lymphoma section was largely based on the Working Formulation [1], which was a means of translating terminology among the Rappaport, Kiel, and Lukes-Collins classifications. The terminology from all these classifications was included in ICD-O-2. In 1994, a new classification of lymphoid neoplasms, called the Revised European-American Lymphoma (REAL) classification [2], was published. Rather than group lymphomas by the physical characteristics of their cells (such as follicular or diffuse morphology), the REAL classification grouped diseases of the blood and lymphatic tissues along their cell lines. This was a major shift in hematologic thinking, and resulted in a clinical advisory committee meeting in 1997 to reach consensus on the usefulness of the new classification system. The result was the World Health Organization Classification of Neoplastic Diseases of the Hematopoietic and Lymphoid Tissues [3], published in 1999, which is now accepted as the international standard for describing this vast array of diseases. To accommodate the new terminology, the lymphoma and leukemia sections of ICD-O-3 were similarly revised and grouped along cell lines. Terms from the previous classifications were sorted and grouped by their cell derivation, and new terms were added to the lists. Table A (see below) shows how the three-digit ICD-O-3 morphology groupings reflect the organization of the WHO Classification.

This division of diseases along cell lines led to some additional coding issues, because the consensus at the 1997 WHO conference was that some lymphomas and leukemias are the same disease with different presentations. For example, the WHO Classification lists B-cell chronic lymphocytic leukemia/small lymphocytic lymphoma as a single entity, the same disease at different stages. The hematopathologists on the ICD-O-3 development committee recommended a single code number to represent the disease. However, since ICD-O is a subset of ICD-10 and ICD-10 is used to code mortality throughout the world, if a single ICD-O-3 code were used, there would be no way to determine whether a death was due to lymphoma or leukemia which are coded separately in ICD-10. As a result, it was necessary to retain separate codes for chronic lymphocytic leukemia and small lymphocytic lymphoma and link them. Thus, for the first time in ICD-O editions, single disease entities are listed in two different categories and cross-referenced. The topographic or primary site code for pairs such as these depends on where the disease is diagnosed: if disease is diagnosed only in the blood or bone marrow, code the primary site to C42.1, bone marrow. If the diagnosis is made on any other tissue, code to the tissue involved, usually the lymph node. 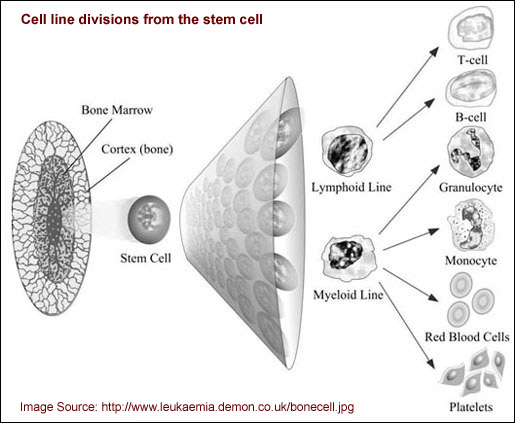 One of the decisions reached at the 1997 WHO conference was to recognize the importance of defining and naming leukemias by the chromosomal changes in cancerous cells. As a result, the third edition of ICD-O includes cytogenetic qualifiers for certain hematologic terms (see Table B) that may be confusing to coders and abstractors. For example, the prefered term for 9866/3, acute promyelocytic leukemia, includes the suffix t(15;17)(q22;q11-12). Normal human cells have 23 pairs of autosomal chromosomes, numbered 1 to 23, and two sex chromosomes, labeled "X" or "Y". In cytogenetic shorthand, t means translocation or a reciprocal exchange of genetic material between two chromosomes. So in this example, t(15;17)(q22;q11-12) means that in cancerous cells, the material from chromosome 15 on its long arm (q means long arm) in region 22 is swapped with the material on chromosome 17 on its long arm in the region between 11 and 12.

Acute promyelocytic leukemia is also described by its molecular abnormality, PML/RAR-alpha. In the WHO Classification, the entity is listed as acute promyelocytic leukemia (AML with t(15,17)(q22;q11-12), PML/RAR-alpha). Since this complete description may not be included in the final diagnosis on a pathology report, the editors of ICD-O-3 thought it best to break such terms into their cytogenetic and molecular elements, as the example in Table 9 shows.

The French-American-British (FAB) classification of leukemias, which was not in ICD-O-2 but was commonly used by pathologists, has been folded into the WHO Classification of hematopoietic diseases. The M0 through M7 terminology of the FAB classification has been included in ICD-O-3 for reference, since these terms are still in widespread use.