The uterus, a hollow, pear-shaped organ, is located in a woman's lower abdomen, between the bladder and the rectum. The cervix (from Latin "neck") is the lower, narrow part of the uterus, forming a canal that opens into the vagina, which leads to the outside of the body.

Cervical cancer occurs when normal cells in the cervix change into cancer cells. This normally takes several years to happen, but it can also happen in a very short period of time. Cervical cancer can be detectable by cytological study of epidermal cells removed from the cervix in a process known as the pap smear. Each year, about 15,000 women in the United States learn that they have cancer of the cervix. 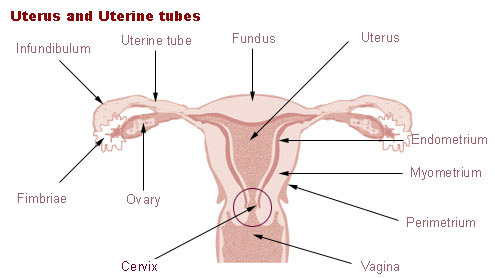 If abnormal cells spread deeper into the cervix or to other tissues or organs, the disease is then called cervical cancer, or invasive cervical cancer. It occurs most often in women over the age of 40.