Muscles of the Upper Extremity 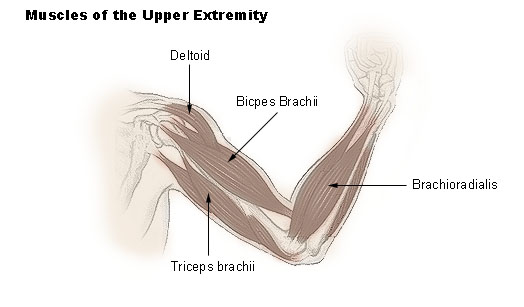 Muscles that move the shoulder and arm include the trapezius and serratus anterior. The pectoralis major, latissimus dorsi, deltoid, and rotator cuff muscles connect to the humerus and move the arm.